The Power of Persuasion - Science of Influence 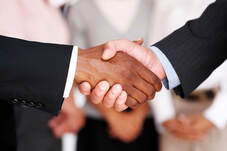 Ever had trouble persuading someone to do something, even if it was in their best interest? Sometimes people don't seem to want to budge, but thankfully having the power to persuade and influence others in a positive, ethical, non-confrontational manner is a priceless skill. “The Power of Persuasion, Science of Influence”, will provide the skills and knowledge needed to influence others when you're at the "pivot point” between influence and directing by applying scientifically confirmed methods.

You’ll master simple, yet incredibly effective, techniques for getting others “do what you want them to do”. Packed with practical how-to’s, real-life techniques and step-by-step strategies, this program offers invaluable methods for persuading, negotiating and gaining favor with clients, colleagues, friends and family. Whether you’re asking for a raise, closing a critical deal, or selling colleagues on a proposal you’ll be amazed by your newfound persuasive power.